It was only a few years ago that the idea of solar roadways was proposed. Many people criticized these roadways for the lack of technology and its expensive cost. It has now been multiple years since this proposition and numerous efforts have been made to make these solar roads a reality.

One of the most recent efforts is Route 66. Yes, this iconic roadway is getting solar panels. Well, at least the sidewalk at the Route 66’s Welcome Center. This solar walkway is test run for a possible bigger project of building the roads out of solar panels. Missouri’s Department Of Transportation wants to ensure the technology is viable enough before being used on a large scale. 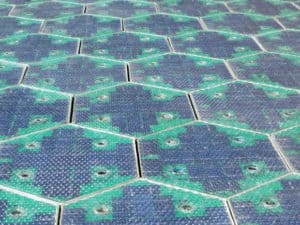 MoDOT is teaming up with the start up company Solar Roadways to make this project possible. They plan on using solar panels that have LED lighting, a heating element, and are made out of tempered glass. This technology is made to be extremely durable and can withstand the weight of a semi truck.

Regardless if the road is successful or not, the project is a huge stepping stone for sustainable energy. People might soon see the true potential of solar energy and how it can possibly change the world.