Solar technology has advanced so far that many devices are now using them to charge their internal batteries. One of the most recent examples of this is in solar pacemakers. A Swiss research team recently published a paper in the journal Annals of Biomedical Engineering suggesting that it was possible to power pacemakers with solar energy.

To achieve these findings the team built wearable solar measurement devices that allowed them to monitor the output of the solar cells. Volunteers wore these devices for over a 6 month period of time as they collected the data. Since these cells will be implanted into a patients skin, researchers covered the cells with optical fibers. 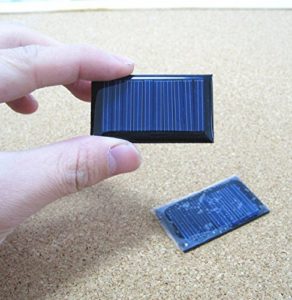 Researchers also found that some low-power medical implants required solar cells as small as 3.6 square centimeters. Meaning these implanted solar cells won’t be too intrusive as they aren’t very big. As solar technology advances the size will only decrease as solar cells become more efficient.

Why power pacemakers with solar you might ask? While pacemakers can greatly extend a person’s life, they also require regular surgeries to replace the battery within the device. This is a huge issue as surgery is very dangerous and can put the patient under a lot of risk. Solar powered pacemakers allow patients to avoid these surgeries and will thus be a safer solution.

To add onto this less battery space will be needed within the pacemakers themselves since they will be able to continuously be powered by solar. This will make it safer for the patient and will also makes it easier to install surgically.

Overall this huge accomplishment will improve many patients lives and will help advance medical technology. It will also help improve solar technology and expose people to the many applications that it can be used for.